Astorga was one on the first European cities to taste chocolate, and there is evidence of chocolate manufacturers working in the city in the XVI century, soon after Hernán Cortés brought cocoa to Spain in the 1520s. Maragato muleteers controlled the commercial traffic between Galician ports and Madrid, and that gave Astorga privileged access to the supply of cocoa and other American delicacies.

Astorga’s chocolate industry grew during the XIX century, and so did auxiliar industries. By 1914 there were 49 chocolate factories in the city, and Astorga was one of the main chocolate producers in Spain, along with Madrid, Barcelona and Valencia. Astorga Chocolate Museum opened its doors in 1994, and it offers both a historic view of artisan chocolate production in the city and the possibility to visit an artisan chocolatier (appointment needed).

Nowadays there are still five factories, and their chocolate is highly regarded and one of the main reasons why so many tourists visit the cit every now and again.

Peñín Chocolatier, founded by a Master Chocolatier trained in Paris, has earned a name with his orange chocolate (38% cocoa). Don’t miss their cosy shop in Los Sitios street, near the Episcopal Palace, while in Astorga.

Alonso and Cabezas specialize in plain chocolate, Cabezas being the owners of the renowned La Cepedana brand (this is the one my grandma used to have at home, and it is ideal to make hot chocolate). 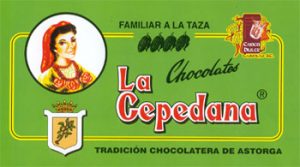 Chocolates Santocildes, based in nearby Castrocontrigo, sells its acclaimed plain chocolate in La Flor y Nata (probably the best patisserie in Astorga). The one with 80% cocoa has earned nationwide acknowledgement. Their plain chocolate with almond or the one with honey are also good choices. 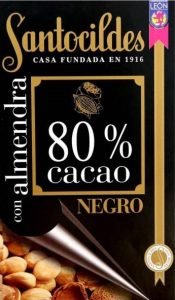 Churrería-Chocolatería Sonrisas (map) offers the traditional hot chocolate either with churros or with mantecadas. It has become a meeting point for pilgrims before starting the Camino from Astorga as they open at 07:00 am all year round, and at 06:00 am during the summer.

Felicity Cloake knows how to make perfect hot chocolate, but we would suggest that you try a more traditional recipe using artisan chocolate produced in Astorga (you just need hot milk and chopped plain chocolate from La Cepedana; stir until the chocolate melts into the milk and serve hot).